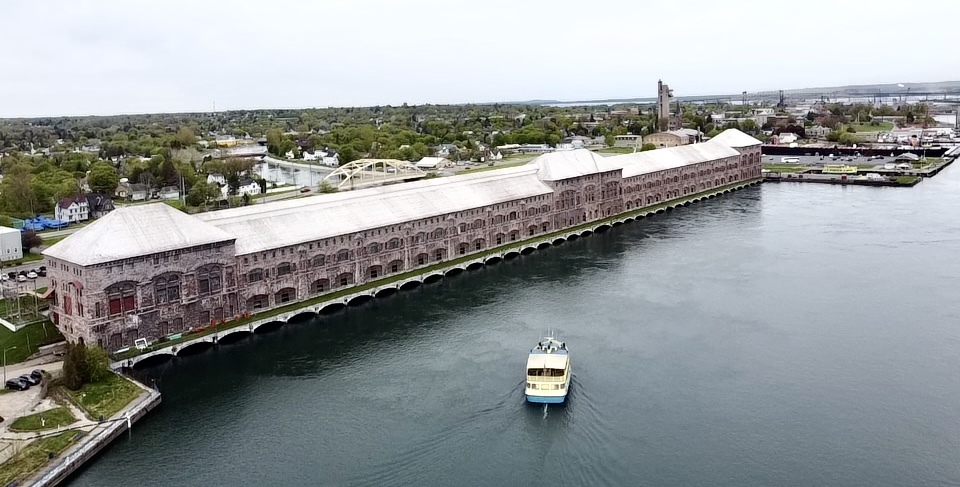 “This is a game we would like to make a tradition and to honor those who have served and continue to serve,” said Sault High’s Athletic Director, Pat Bennin.

The first honored veteran was Captain Natalie Cahill, daughter of Alan and Charlene Cahill. She is a 2002 graduate of Sault Area High School, where she excelled athletically and academically. After graduating from West Point Military Academy in 2006, Cahill was commissioned as an Army Air Defense Artillery Officer. She was stationed at Fort Bliss, Texas, for Air Defense training then Fort Lewis, Washington as a platoon leader and later Fort Sill, Oklahoma as a Battalion Adjutant and Battery Commander. She also served overseas deployments in Iraq and Qatar.

Cahill returned to West Point to serve as a Tactical Officer for incoming cadets. In doing so, she also earned her master’s degree in organizational psychology. Cahill now lives in Sault Ste. Marie and she is employed with the US Army Corp of Engineers. Her brother, Nick Cahill, also attended West Point and was commissioned as an Army Black Hawk pilot.

“I felt extremely honored and privileged to be recognized at the game,” said Cahill. “It's just really nice to know the community appreciates its veterans. Every recognition and thank you goes a very long way for veterans to know they are not forgotten.”

The second honored veteran was PFC William Skinner. Born in Pickford in 1924, Skinner attended the Fairview School and after graduation in 1943, he worked on the construction of the MacArthur Lock.

Upon returning to the United States, he married, settled on a farm and raised seven children. Skinner worked on many area civic projects including the Rock Cut, the Poe and MacArthur locks and the Mackinac Bridge.

A direct member of Skinner’s ancestral family has served in every single American conflict dating back to the American Revolution. His son served in Vietnam and his brother served in the US Navy during World War II.

“I was proud to serve my country and felt really nice to be remembered and honored,” said the 98-year-old Skinner after the September 9 event. “Serving is just something you do when your country needs you.”