Marked by a deep sense of community service, the illustrious legacy of Bill Gregory is accomplished and treasured by those who knew and worked with him at Edison Sault Electric. One of Gregory's mantras was "act enthusiastic and you'll be enthusiastic." He embodied this characteristic every day of his 82 years. 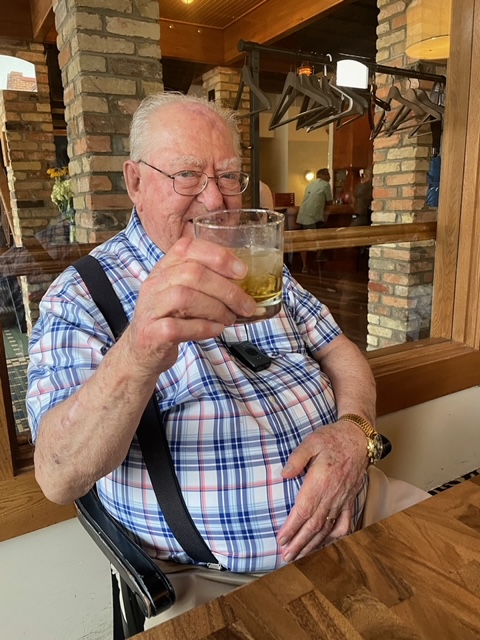 Bill's first jobs as a paperboy and messenger boy grew into an established adult career with Edison Sault Electric Company, which later sold to Wisconsin Energy, then merged with Cloverland Electric Cooperative.

After putting himself through school, Bill earned a Bachelor of Science degree in Business Administration from Wayne State University in 1963. He worked as an associate auditor in the Detroit office of Arthur Anderson and became a certified public accountant in 1967. On a client audit in Manistee, he met the love of his life, Mary Louise Stypa, whom he married in 1966.

After serving with the Michigan National Guard on the Detroit streets in the 1967 riots, Bill searched for opportunities to leave the city and cultivate his love of the outdoors. He left Arthur Anderson as a senior auditor in 1968 to become treasurer of Edison Sault Electric Company. He advanced to controller, vice president of finance, executive vice president, then president in 1972. At age 33, he was the youngest public utility president in Michigan.

When elected president, Bill asked for "the wisdom to know what is right and the courage to do it.” He led Edison Sault through the 1970s inflation, 1977 Kincheloe Air Force base closing, 1982 and 1991 recessions and sale of Edison Sault to Wisconsin Energy prior to his retirement in 1998.

Taking pride in ownership of the company was a priority to Bill. He wanted Edison Sault employees to view their jobs as more than a paycheck.

“Bill was solely responsible for women getting the recognition they needed at Edison and he hired people of the same mindset,” said Nancy Skidmore who served as Bill’s executive secretary.

He expanded Edison Sault’s service area by buying the Kincheloe Air Force base territory and installing meters on homes, adding approximately 6,000 more customers. An additional 6,000 meters were added by acquiring the Garden peninsula service territory near Manistique.
Bill was very progressive and believed in investing in technology. As a result, he automated the hydro plant from the early 20th century-based control systems and implemented electronic control systems. 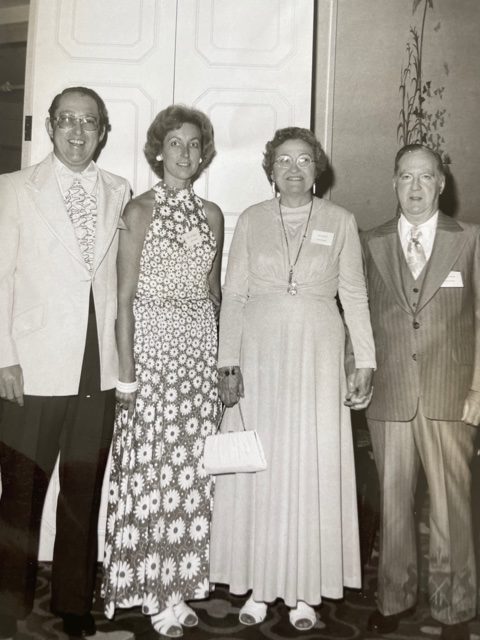 Involvement in business and community affairs was a trademark of Bill's life. With the support of his wife and family, he made a tremendous impact on his community. He viewed involvement as a responsibility and a privilege. He served on the boards of Soo Kiwanis Club, Michigan Electric and Gas Association and chaired the 1989 United Way of Chippewa County campaign. He served as a board member, treasurer and coach for Soo Michigan Hockey Association. As a Sault Area Public Schools advisory committee member in 1980, he was chief spokesman at a public meeting encouraging the passing of a millage to fund the extension of the school day.

Among one of his greatest community accomplishments, Bill fostered a partnership between Edison Sault and the City of Sault Ste. Marie for construction of the boat launch at Ashmun Bay on the upper St. Mary's River, waterfront parks and downtown marina building. He served on the Sault Ste. Marie Economic Development Council. He was one of the founding members of Soo Area Sportsman's Club and his favorite event was the annual wild game diner.

“Bill really had community at the center of his life – he truly wanted to make Sault Ste. Marie a better place,” said Dave Hubbard, former VP of Finance, Edison Sault, 1971-1998. “With Edison Sault, he accomplished a lot with employees and developments like the aquatics research lab – it’s an example of how he wanted to create something that would continue to grow. He truly enjoyed life – and fishing!”

Bill was a friend of Lake Superior State University (LSSU) and generations of past presidents, faculty, staff and the hockey program. He was chairman of the Operation Ice Fund Drive (1973-74) which led to the construction of the James Norris Center on LSSU’s campus and later the “Gem of the North” expansion that included box seats.

Don Sawruk was hired by Bill as an LSSU graduate in 1970 and later succeeded him as President of Edison Sault, then retired in 2010.

“I think that Bill could be best described as an optimistic visionary,” said Sawruk. “He saw things that could be made better and how to accomplish that. The best example of this is how he designed a program to help funding to build the Norris Center at LSSU. He came up with Operation Ice – selling bags of ice at a premium to individuals to use as a funding tool to help build the Norris Center.”

As an avid Laker hockey fan, he recognized the value the university provided to the community. Bill's love of fishing, LSSU and Edison Sault role led to a partnership with Michigan Department of Natural Resources for the establishment of LSSU’s Aquatic Research Laboratory (ARL) at the east end of the hydroelectric plant. The ARL introduced chinook and Atlantic salmon to the lower St. Mary's River, and the 25th class was named after Bill in his honor. This partnership between now Cloverland Electric and LSSU’s aquatics lab is still in operation. 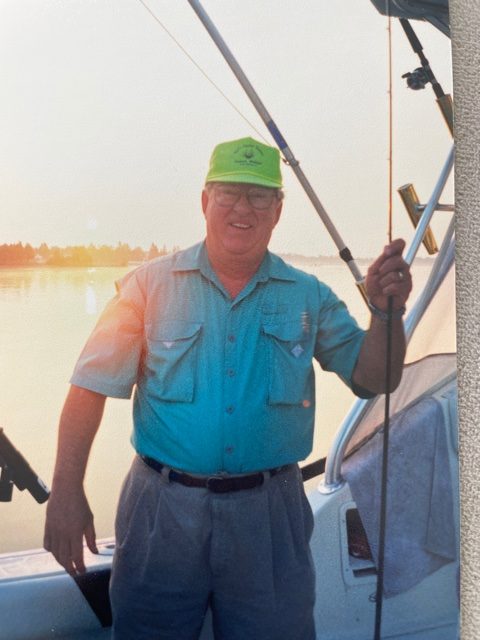 In 1986, LSSU awarded Bill its Distinguished Citizen Award. In 1992, he was honored with Fisheries Conservationist of the Year Award by the Michigan United Conservation Club for his efforts in developing the fishery of the St. Mary's River. He served on LSSU's Board of Regents from 1994 to 2002. In 1991, Northern Michigan University presented him with its President's Award for Distinguished Citizenship.
Bill remained dedicated to his Catholic faith his entire life. He and Mary Lou were active members and supporters of Catholic churches in each of the cities they called home. He was a Knights of Columbus member. Always involved in the lives of his children, he visited many rinks and high schools while watching his sons play hockey and his daughters play basketball and run track.

Bill’s interest in fishing knew no bounds. Sault Ste. Marie and its unique location within the Great Lakes provided endless opportunities to create lasting memories with his loved ones. Countless whitefish and perch were fished from the upper St. Mary's River and Brimley Bay with his family and friends. Sharing "the catch" with dear friends over a meal and laughs was icing on the cake.

“Bill was also an excellent cook who was always frying up his latest catch,” said friends and neighbors, Stan and Pat Caruso.

Later in his career and early retirement, Bill spent many mornings and evenings on northern Lake Huron in his 30' Tiara, the "Mary Lou Too," trolling for salmon. The vessel’s namesake was often by his side. Bill and Mary Lou moved from Sault Ste. Marie in 2011 to be closer to their daughters and grandchildren in Indiana. In retirement, they had the great fortune to explore bayside and ocean fishing while enjoying winters in Florida.

Bill passed away in November 2021. He is survived by his loving wife of 55 years, Mary Louise, five children, 13 grandchildren and his eight siblings. The immeasurable ways he shared his time, talent and treasure will continue to serve as an example and forever mark his legacy.
“Even after he left the Sault, he always stayed interested in what was going on in the community,” said friends, Roger and Marlene Paris. “His greatest legacy are his kids and grandkids who respect him very much.”

Bill Gregory’s greatest legacy from those who knew him best