Part rockhound, part entrepreneur and full Yooper – Brimley local, Erik Rintamaki, discovered a geology phenomenon that has brought hundreds of rock collectors to the Eastern Upper Peninsula (E.U.P.) over the past few years.

Rintamaki loves collecting rocks. “Rockhounding” is a tradition for the Rintamaki family. As a child, Rintamaki spent many nights collecting rocks along the beaches of Lake Superior with his father and grandfather. Those beach walks became a sanctuary for Rintamaki to unwind and enjoy the peace of Lake Superior’s shoreline. As life went on, Rintamaki recruited his brother-in-law into the family sport of rock collecting. Agates were the prize and family bonding became the long-lasting reward.

In 2018, Rintamaki happened to buy a cheap longwave UV ray flashlight on eBay, marketed as a mineralogy detector. He hoped the light would assist with agate collecting. Three nights in a row Rintamaki searched Lake Superior beaches with the light, looking for something – but not sure what.

“I just had this feeling in my bones that something on the beach was going to light up,” Rintamaki describes. “I wasn’t going to stop looking until I found it.”

On the fourth night, Rintamaki began to search on his hands and knees, crawling across the beach and searching the rocky shore with his longwave UV rays. Finally, Rintamaki found something extraordinary.

“I found three stones that fluoresced bright orange,” Rintamaki states. “All different patterns. One snowflake, one star and one line pattern.”

Thankfully, Rintamaki had established a valuable network of geologists and mineralogists through the rock and gem shows. He connected with a friend, Gabe Rena, a fluorescent mineral expert and geologist from California. Rena determin 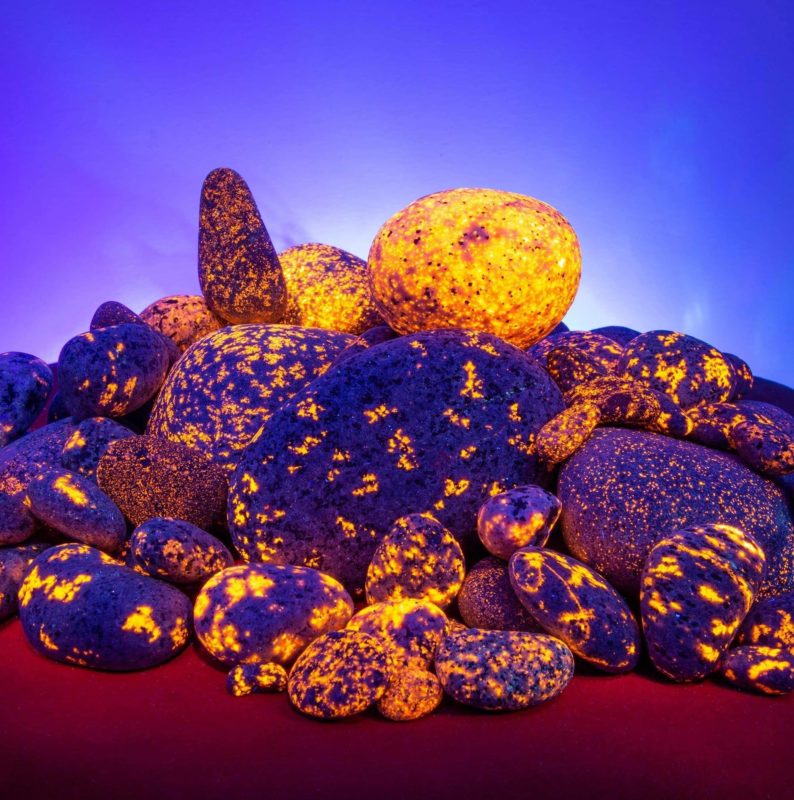 Yooperlites fascinated rock and gem collectors and Rintamaki received interest from collectors wanting to visit the Upper Peninsula to search for Yooperlites. He gave small tours but when word spread about the thrilling experience of finding a glowing rock on the beach, his tour audience grew. Rintamaki realized his obsession with Yooperlites and his passion for rock collecting could become a full-time business.

He trademarked Yooperlites, started filming YouTube videos and grew his Facebook page followers. Word spread around the world and Rintamaki hosted tours from across the United States and as far away as Japan. He attended rock and gem shows, selling Yooperlites and educating on the Eastern Upper Peninsula (E.U.P.). Rintamaki’s Yooperlites business has since brought hundreds of tourists to the E.U.P. – all in search of their own glowing rocks. While tourists can go looking for rocks on their own, Rintamaki has valuable wisdom of rock collecting to share and knows the best locations for Yooperlite collecting. 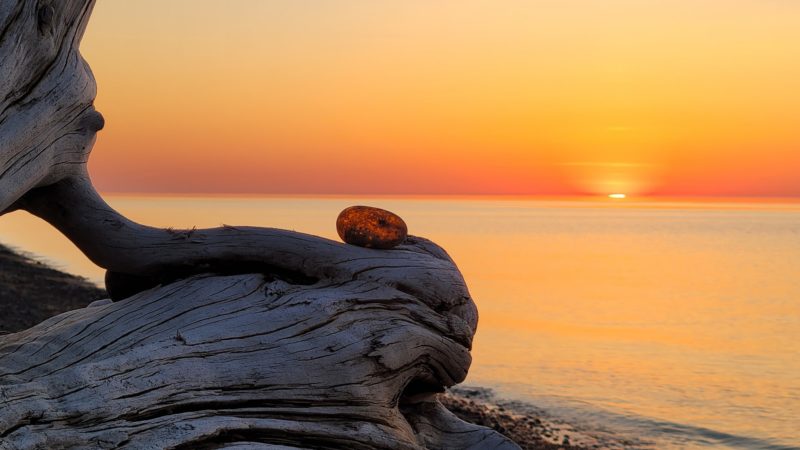 A Yooperlites tour begins at Pine Stump Junction near Paradise. Tour attendees receive a complimentary UV light and embark with Rintamaki to one of his secret Yooperlites locations on the Lake Superior shoreline. Rintamaki entertains his guests with enthralling stories of his ventures collecting Yooperlites. The experience can be enjoyed by young and old alike. Tourists and rock collecting enthusiasts leave the tour with memories – and hopefully a glowing Yooperlite of their own.

Rintamaki’s discovery and growth of the Yooperlites business is inspiring. The most important lesson from his success? Find your passion and do not be afraid to take risks. Rintamaki’s obsession with rock collecting led him to create a successful business that has benefited the entire Upper Peninsula of Michigan.

“If I can do it, you can do it,” Rintamaki explains. “I want my story to inspire others.”

For more information on Yooperlites or to book a tour with Rintamaki - visit yooperlites.com.