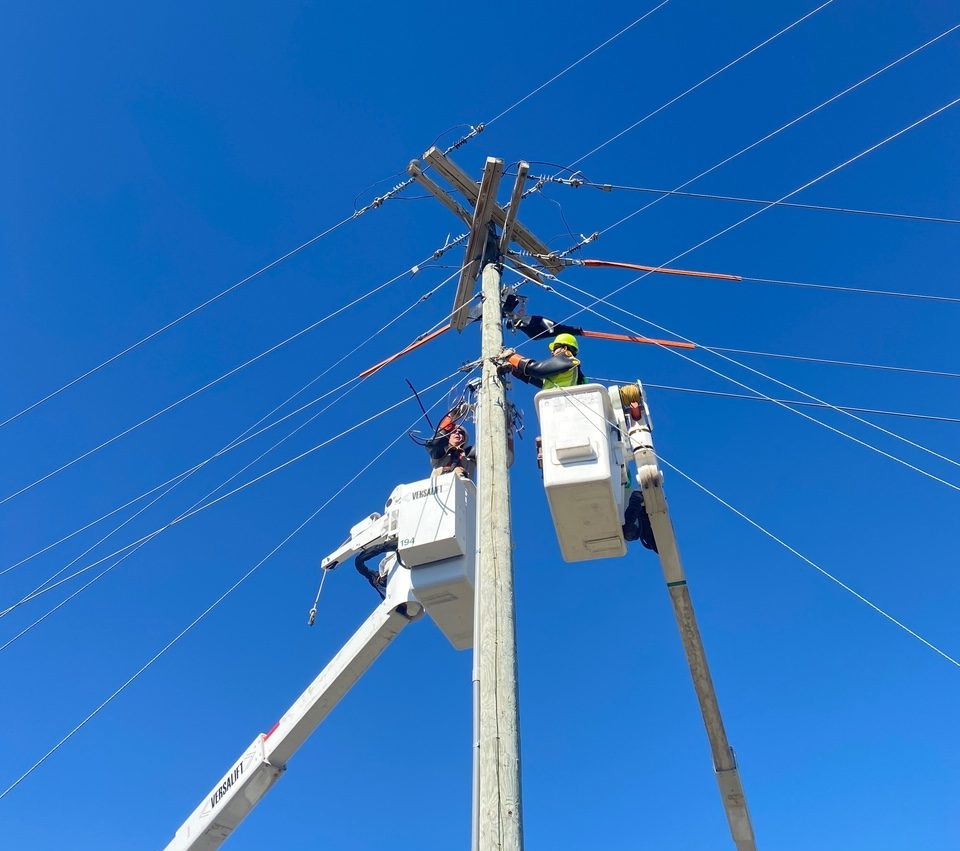 Regular monthly board meetings are open to members. The following Q & A lists member questions of the board during the public comment period and our responses as follow up.

Can the board calendar be added to the quick links on Cloverland’s website?

A. Yes, we have added a Board of Directors button on our homepage to provide easy access to board minutes, meeting calendar, and public Q&A.

How come there is no advertising for the upcoming June 6 Annual Meeting of the Members?

The Notice of the Annual Meeting of the Members was printed in the May|June issue of Cloverland Connections in the In Brief section (page 5). The mailed ballots included the official notice, and we printed messages on electric bills. There are print ads appearing in the Sault News, St. Ignace News, Newberry News and Pioneer Tribune this week. We also have a reminder scheduled for Facebook, Twitter and LinkedIn.

What is the cost for having staff attend board meetings?

Staff that attend the board meetings are salaried, so there is no incremental cost impact to members. Staff’s attendance is at the discretion of the CEO. The number of staff in attendance varies on a month to month basis depending on topics presented at the meeting.

Does the board receive a stipend for committee meetings?

In August 2018 a motion was approved by the board of directors that effective January 2019, director pay will drop from $800 to $600 for regular monthly meetings and from $400 to $200 for special meetings. The chairperson receives an additional $200 for regular board meetings only.

What is the cost to the membership for board travel? Do directors have cost limits for meals?

If a director has a spouse or a guest accompany him/her on training, it is the director’s responsibility to cover all costs associated with bringing a guest.

The directors do not have a limit for what they can spend on meals. However, the directors must provide detailed receipts for what was purchased. Any alcoholic beverage purchases are considered non-reimbursable expenses.

Does a reduction in the amount spent on tree trimming affect the reliability of the system?

Because there is a lagging effect (lack of tree trimming one year has the potential to increase the number and duration of service interruptions in subsequent years), an increase in the SAIDI usually occurs a year or two after a significant decrease in the amount spent on tree trimming. Cloverland has a benchmark SAIDI of 207 minutes and because of decreased spending in some historical years and a higher SAIDI than benchmark, the board authorized an increase in the 2019 tree trimming budget.

Why did the board vote to change the district lines against the recommendation of staff and why did they go into effect immediately in 2019?

At the November 2018 regular meeting, the Cloverland Board reviewed the membership districts and the number of members in each district. According to the Cloverland By-laws, a review of the membership districts is to be performed annually, but it had not been done for several years. The board discussed the rationale for including Moran township in District C since many of the members residing there have more of a connection to the St. Ignace area. The board reviewed the number of members included in each district if Moran township was moved to District A and Chippewa and Hulbert townships were moved to District C (from District B). Given that this change did not result in any district having a significant disparity in the number of members, the board voted to amend the districts to allow for Moran township to be included in the district.

What is the status of the Presque Isle SSR issue?

In April 2019 the Presque Isle Power Plant (PIPP) was shut down. Therefore, there will be no further SSR payments for the plant. Cloverland, with other affected entities, have pursued this issue to the U.S. Supreme Court. We are waiting for the U.S. Supreme Court to determine if they will take up the case.

Also, in April 2019 WE Energies filed with the Federal Energy Regulatory Commission to recover the remaining book value of the PIPP and a return on the investment. Cloverland filed a motion to intervene and protest in the case. Regardless of the outcome, any charges for the PIPP plant will be included in the normal capacity rate we pay under the power contract with WE Energies.

What is the purpose of the diesel generators in DeTour if they are not operating to provide power during outages?

When can we expect to receive a distribution of allocated capital credits?

Why doesn’t Cloverland generate more of its energy from renewable resources?

In 2018 Michigan required a utility to generate or purchase a minimum of 10% of its retail sales from renewable sources. From an energy requirements perspective, Cloverland generated or purchased almost 50% of its energy needs from renewable resources with over 48.2% from local hydroelectric generation facilities. Admittedly, Cloverland does not generate or purchase much by way of wind and solar generation. Through a purchased power agreement with WE Energies (former parent company of Edison Sault) executed in 2010, Cloverland is prohibited from purchasing capacity and/or energy from any other provider unless WE Energies allows the purchase. While Cloverland is actively looking for options under this contract to enhance the reliability of our service territory and reduce costs, adding wind and solar generation likely won’t be a viable option until the contract terminates in 2029.

Can you provide additional information on the product Cloverland will be using for vegetation management in 2019?

Additional information can be found by visiting our Planting & Trimming page.

Note: In the May 28 board of directors meeting, the directors voted 5/4 to suspend herbicide application.